In the last few days, New York has transitioned from hot, muggy weather to a cool, dry, and breezy climate that portends September and October to come. Everywhere I go, people are talking about it. I think we all feel grateful for the tiny glimpse of fall, even if no one is ready for the hustle of back-to-school season.

So much of life, at least here in the Northeast, revolves around the rhythms and patterns of the seasons. They organize our experiences powerfully, giving us cues for change and shifts that we can look forward to.

This week, I’ve been giving some thought to seasonality outside of the weather. Just as the year takes us through periods of cold and hot, wet and dry, long and short, life takes us through seasons of its own. There are times to turn inward and times for directing our energies outward. There are seasons of sadness and joy, endings and beginnings, productivity and rest. Sometimes the fluctuations between these states are quick, and sometimes they turn over almost imperceptibly.

Since my internship ended, I’ve been suspended in an odd state of stillness. It’s been incredibly hard to do anything, even little things. I’ve been responding to texts sporadically and slowly, working at a snail’s pace, walking around as though I have no place to be, even when I do. There are people I’d like to catch up with in theory, but when I think about making plans, it’s the last thing I want to do. The only thing that feels really good is quiet.

Not shockingly, slowing down means more time to feel my feelings, and mixed in with the languid pace has been some considerable sadness. Running around all year meant not having to contend much with my loneliness, which was a relief, however temporary. I’m being reacquainted with it now, and while it’s tempting to try to wriggle away, I don’t really have the energy to do that. And the confrontation itself feels important, no matter how painful.

Something is shifting, though. My drive is coming back to life after a short spell of complete dormancy. This week I finally checked off all of the important stuff on my post-internship to-do list: finances, organization projects, cleaning projects. I haven’t studied for the RD exam yet, but I finally cracked open the study guides and started to make a plan. I’m (sort of) catching up on email. I haven’t quite felt the urge to cook again, but I’m excited to get back to blogging with more energy this fall, and recipe development will be part of that.

I’m no fan of forcing anything, productivity included. There’s wisdom in waiting for seasons to shift and embracing things in their own time. But it can feel empowering and energizing to tend to one’s responsibilities, one by one. It feels good to be getting things done again, however incrementally and in spite of the haziness that still surrounds me. When one lives with depression, as I do, the ability to take care of everyday business isn’t casually assumed; it’s something to give thanks for, however it ends up looking.

I wish you all a week of doing what you need to do, however briskly or slowly as is necessary. Here are some recipes and reads. 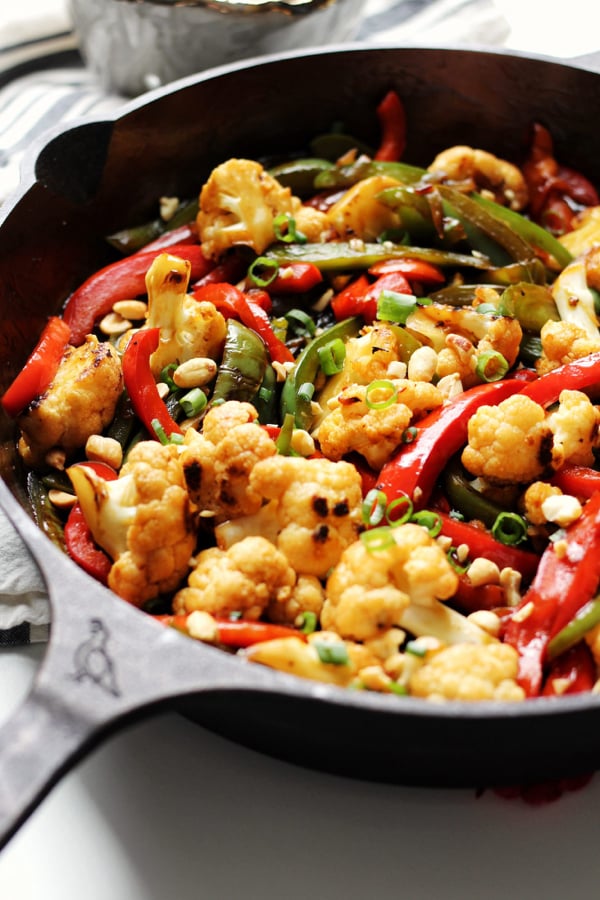 This skillet meal of Kung Pao cauliflower looks so flavorful and vibrant. 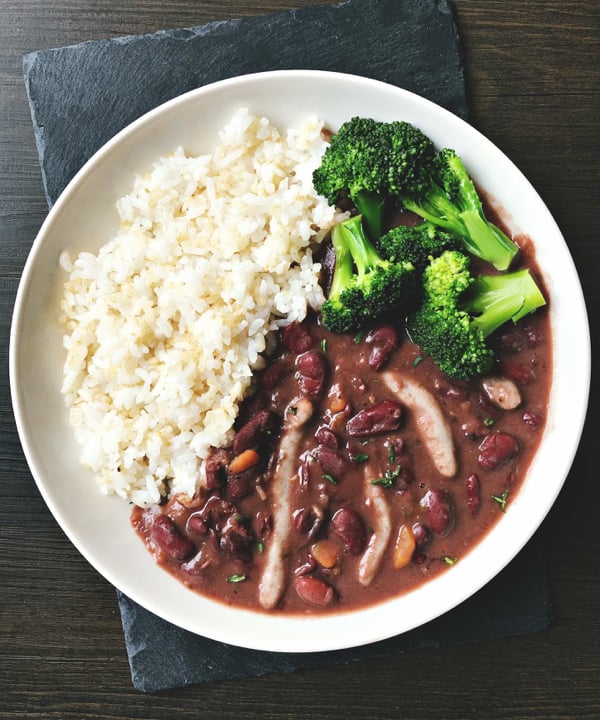 I’m loving Jhanelle’s hearty Jamaican stew peas with dumplings (gluten free, no less!). This is just my kind of meal. 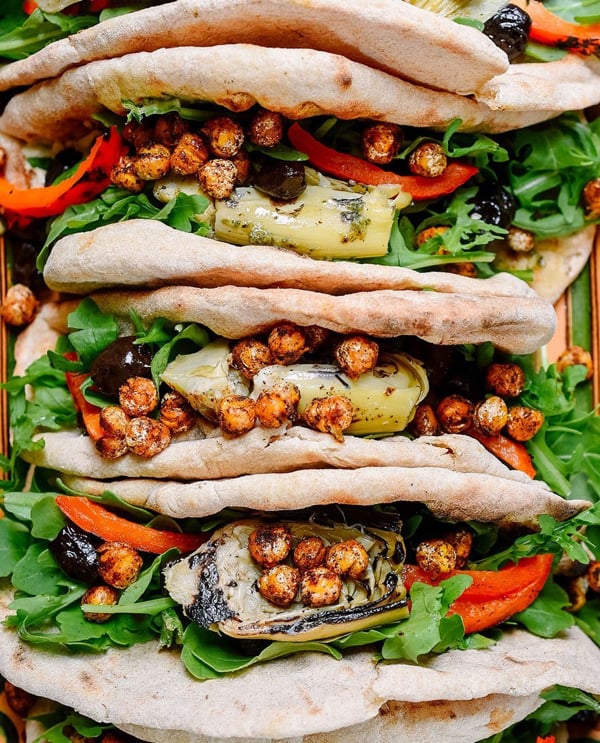 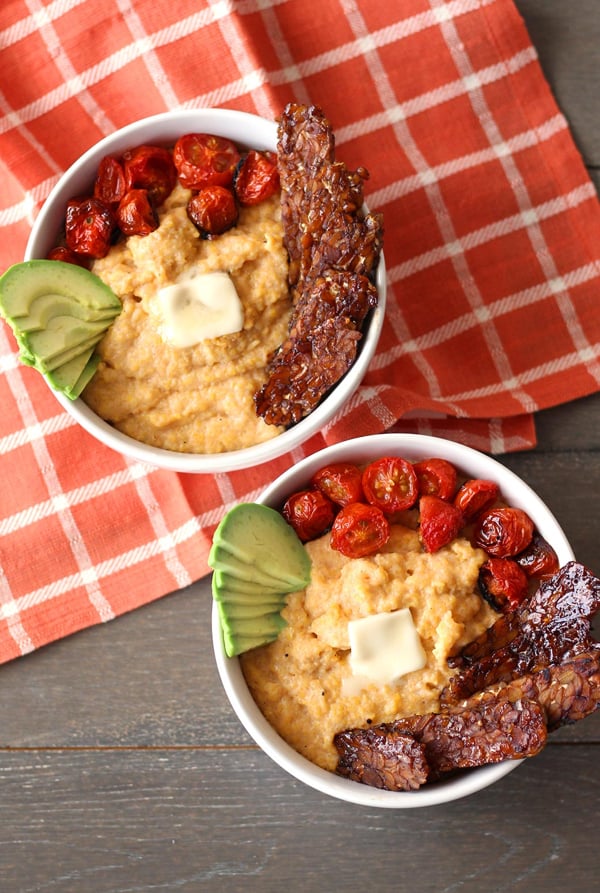 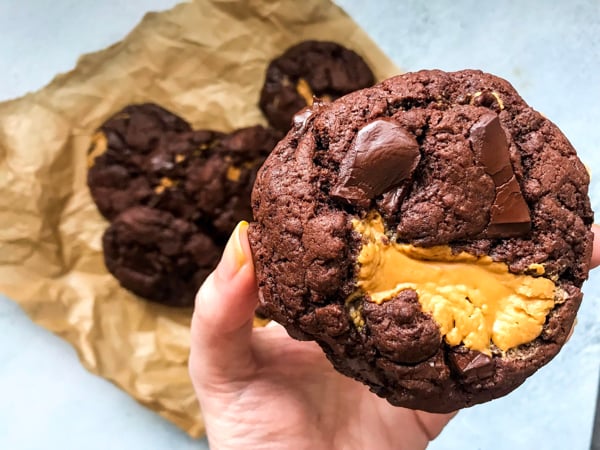 2. A new study reinforces the benefits of plant-based diet for reducing the risk of cardiovascular disease.

3. A fascinating glimpse into salmon migration upstream, which has long been considered something of a mystery. There’s now speculation that group decision making may play a role, which I think is fascinating.

4. A lot of popular diets claim to “balance hormones,” but it’s important to be mindful of how thoroughly researched and carefully articulated these promises are. The Washington Post takes a look. I agree that a big picture, gradual focus is always the best way to approach eating changes.

5. Finally, a new observational study points to an association between greater red meat intake and increased breast cancer risk. Good information for consideration, though with studies like this it’s always important to consider that there can be a lot of confounding variables.

Alright, friends. It’s time to get back to my Sunday and continue to dip my toes into the waters of a new normal. I’ll be back this week with an easy vegan burger recipe!