We’re less than a week into the new year, but five days is usually enough for me to have at least an inkling about how my intentions are panning out. So far, my actions feel mostly aligned with the intentions I’ve had for 2020. Those are:

I’m not feeling the slightest bit pushy about these intentions. Like most intentions, they’ll end up being incompletely realized, and that’s fine. But there’s power in beginning a new calendar year with an intention or two in mind, at least in my experience, and I’m very happy that these are the ones that I’m working on.

I’ve had small opportunities to act on both intentions this week, especially #2. A few dialogues came up across all regions of my life—with friends, with family, with colleagues—when it would have been easier, or at least more familiar, to be indirect. But I wasn’t, and the honest exchanges I had instead were less scary than I thought they would be.

I’m learning that saying what I mean, even when it’s not what another person wants to hear, doesn’t make me either unkind or unwanted. Strong relationships of any kind can accommodate difference, disagreement, and conflict. And indirectness—saying one thing while feeling or believing something else, allowing genuine emotions to announce themselves in unspoken ways—is often a lot more confusing, mystifying, and hurtful to others than a difficult, but plainly articulated truth.

And some honest exchanges, even if they’re kind, do lead to misunderstandings or even ruptures. I won’t always be understood, and I’m learning that it’s important to be truthful even when that’s the case.

I’m committed to continuing this practice, all with the understanding that communication is situational and fluid. My hope is that it will allow me to deepen connections and feel less anxious about having difficult conversations. It’s natural to fear them, but they’re important, and it never hurts to find new ways of leaning in.

Here’s to an honest new year—and also a healthy, fulfilling one. And here are some recipes and reads. 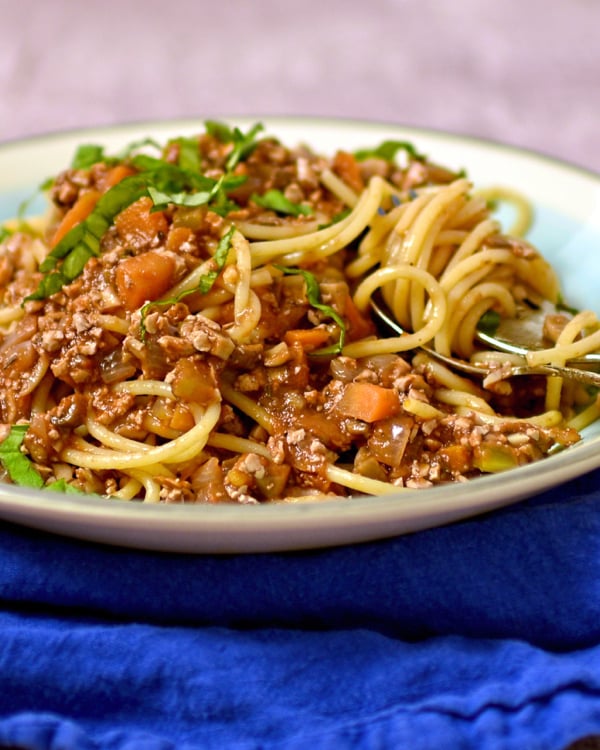 I’ve made many a vegan bolognese before, but never one with tofu! Excited to try this version. 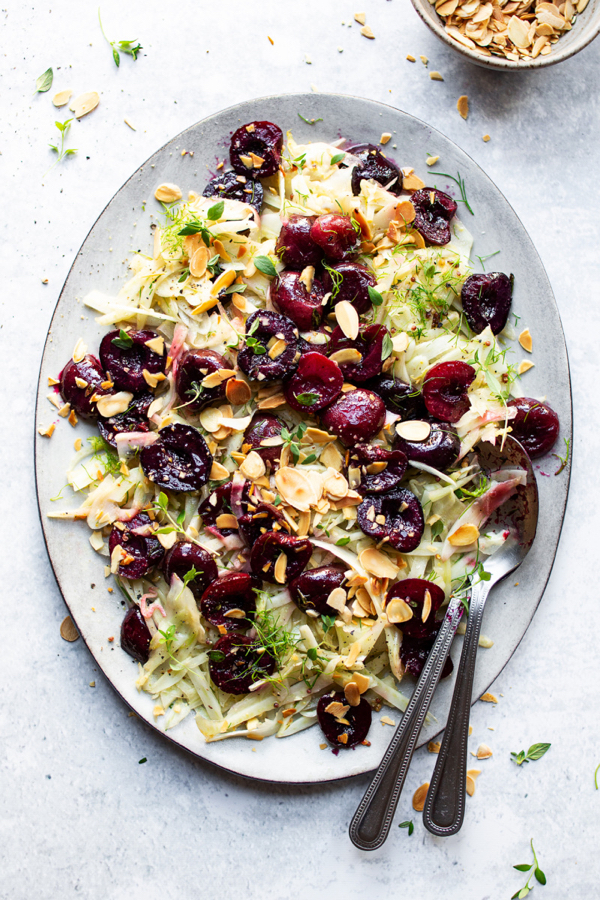 Having recently written about the health benefits of sweet cherries, I was happy to find and bookmark this fennel and roasted cherry salad. 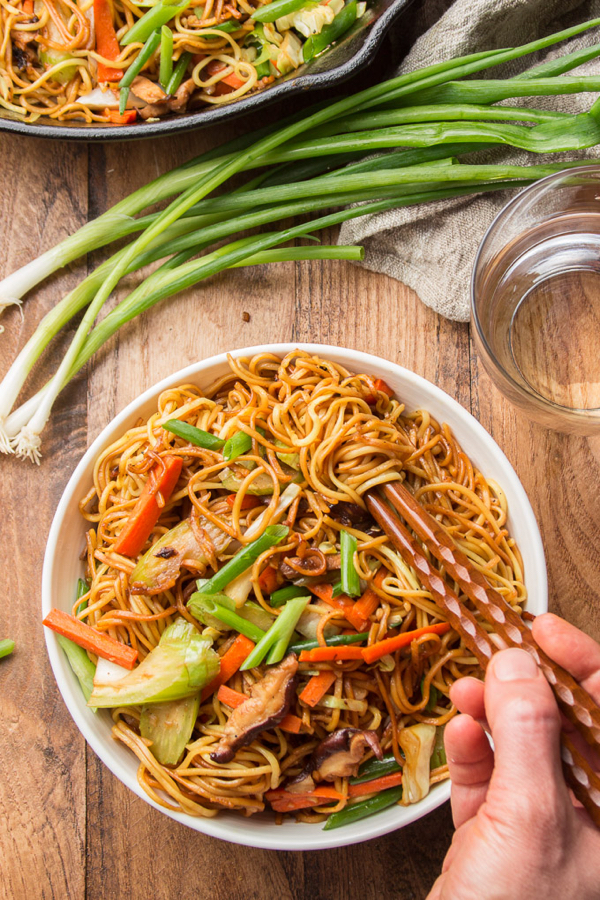 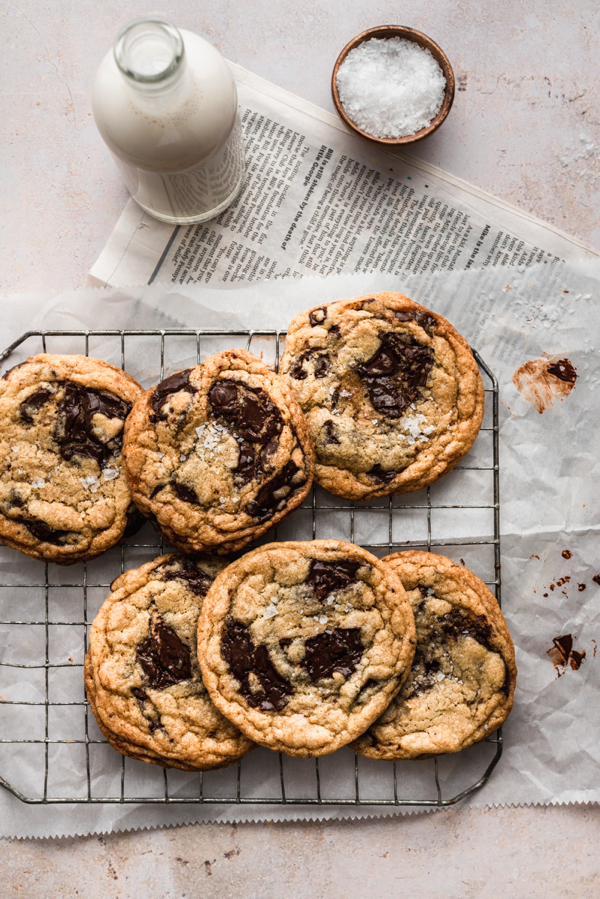 Double dessert week! First, chocolate and peanut butter is always the answer. Especially when it’s in the form of giant cookies. 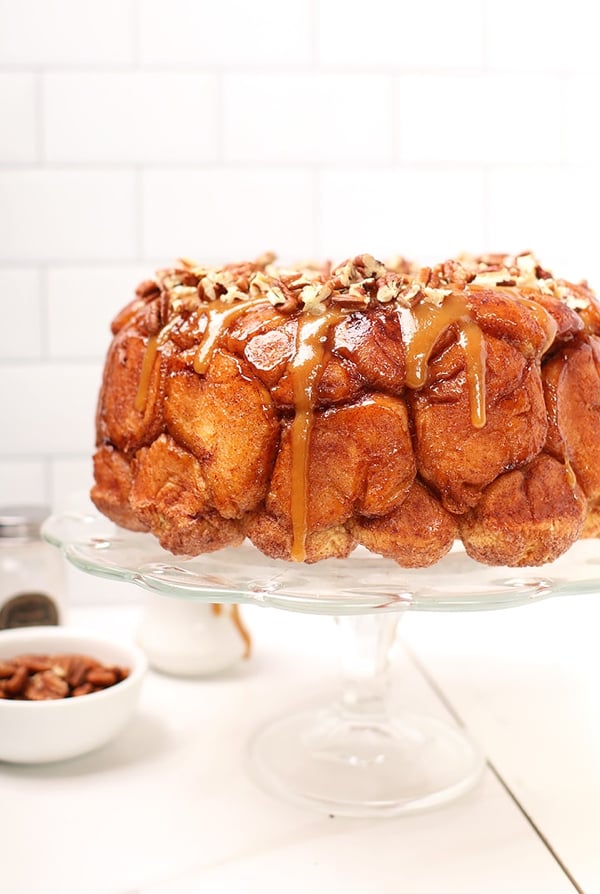 And I can’t stop gazing at this perfect vegan monkey bread.

1. I’m really glad to see a mainstream wellness publication like Well and Good calling some attention to atypical anorexia, or rather, the many different presentations of anorexia.

2. If you’ve been a little confused about shifting guidelines on dietary cholesterol, this article does a nice job of summarizing the recommendations and the science behind them.

3. I believe in the power of all four of these daily rituals, and I’m especially working on writing and affirmations this coming year.

4. For those of you who enjoy checking out US News and World’ Reports ranking of diets each year, the 2020 list is live, and CNN has some coverage. The best diet for each person is a matter not only of nutrients, but also lifestyle and beliefs and how those intersect with the reality of our world. So, I don’t use this list to guide my own clients.

Still, a few diets that I’ve observed to be practical and beneficial—and which are also evidence-based—usually make it to the top ten of this list, and that was true this year. Mediterranean, DASH, MIND, Ornish, and vegetarianism are among them. I also like that the CNN article addresses (in the context of the ketogenic diet, which ranked low) the fact that many diets that are likely to result in weight loss aren’t beneficial for longterm health.

5. Also on the topic of diet, a pretty balanced look at why all of the sugar eliminations or drastic reductions that become popular at this time of year can actually steer people away from the more practical (and often harder) work of finding moderation.

While we’re on the topic of diet, I just want to offer my support and enthusiasm to anyone who’s participating in Veganuary this year! Or considering the switch to a plant-based diet, or just trying to eat more plant-based meals. I’m here in this space and also on Instagram if you need a message of support, have a question to ask, or just want to share your intention with someone who will receive it happily. I’m here; don’t hesitate to say hello 🙂

Healthy Habits for the New Year