Those of you who’ve been reading for a while might remember that 2017 was the year of bread baking around here.

It all started when my friend Ali published her (wonderful) cookbook, Bread Toast Crumbs. I’d wanted to get serious about homemade bread baking for a long time, but everything I’d read until that point made my eyes glaze over: it was all so technical and intimidating. Ali’s peasant bread technique—which involves no kneading and almost no dirtying of hands at all, in addition to the heartwarming fact that the loaves get baked in buttered Pyrex bowls—gave me the courage I needed.

Months later, Emilie gifted me with sourdough starter and a copy of her cookbook. Baking my first loaf of homemade sourdough was a small victory: I couldn’t believe it had actually worked, which I guess is the magic of natural leavening.

Bread baking found me at the right moment. I was having a hard time in March and April of that year: a longterm relationship had just ended, in a way that I wasn’t ready for and didn’t yet understand. For the first time in my life, I felt completely ill-suited to being on my own. I moved through my space and my days in a haze of confusion and grief, feeling scared and alone and more than a little sorry for myself.

If that period of time taught me anything, it was the gift of small things. None of the big stuff—love, graduate school, sense of direction or purpose—seemed to be working out. Even work, which is typically a major source of meaning for me, felt rote and joyless. My post-bacc years and the ones that followed hadn’t been easy, but they’d been animated with an incredible sense of yearning and direction. Suddenly, I had neither.

What I did have were my daily routines, which I fought to maintain even when things like cooking and chores felt insurmountable. I knew from past experiences with depression that keeping up with small habits, even if they felt suddenly like a lot of work, was the least I could do. And I did, day after day, until they started not to feel so tough anymore.

For a while it was all pretty muted, but as the months went by, I was reminded of my own capacity to be gratified by simple pleasures: good food, a clean home, a walk to the park, an hour of reading. I didn’t have a plan, but I did have the next meal and the next task, and at that moment, those things were enough.

And there was bread. It’s always been my comfort food, and I’d have eaten plenty of it that spring even if I weren’t baking it from scratch (for a while there, toast and cake were the only two things I wanted to eat). But I was baking from scratch, week after week, and it was wonderful. Unlike some other DIY food projects I’ve tried—kombucha, yogurt, seitan—this felt like the right ratio of effort and reward. The bread was so much better than anything I could buy, and I actually liked the process: mixing, shaping, scoring. The smell of a loaf in the oven on Saturday morning became something I looked forward to all week long. I wouldn’t quite say that bread baking got me through the year, but I can’t imagine that spring and summer without it.

I kept up with homemade bread for a while. But sometime last spring, in the race to the grad school finish line, the habit fell away. Once my internship started, it felt silly and imprudent to bake when I needed grains, beans, and fully cooked meals as weekly mainstays. During my acute care rotation, when getting the laundry done was a challenge, feeding my starter was the last thing on my mind.

My GI rotation gives me two weekdays off, which has been a gift in so many ways: it allows me to ease up on my batch cooking, to get work done during the week, and to have a true weekend. Most of all, having a little extra time on my hands gave me a kick in the pants to bake bread again. Now that I’m in the swing of it—one or two loaves weekly for the last four weeks—I’m rolling my eyes at the fact that I didn’t make time for it sooner. It’s a time commitment, sure, like anything/everything else. And it’s time perfectly spent.

I cook because it’s fun, healthful and economical. But cooking and feeding myself will always be a symbolic act as well as a practical one: it’s my way of asserting the desire to be alive, nourished, and whole. Bread making speaks to this desire more than almost any other type of cooking that I do. The fact that the process demands patience and time is only more evidence that, no matter what’s going on, I want to eat well and be well. I’m so glad to have been reminded of this in the past month.

Wishing you a week of good food and good self-care. Here are some recipes and reads. 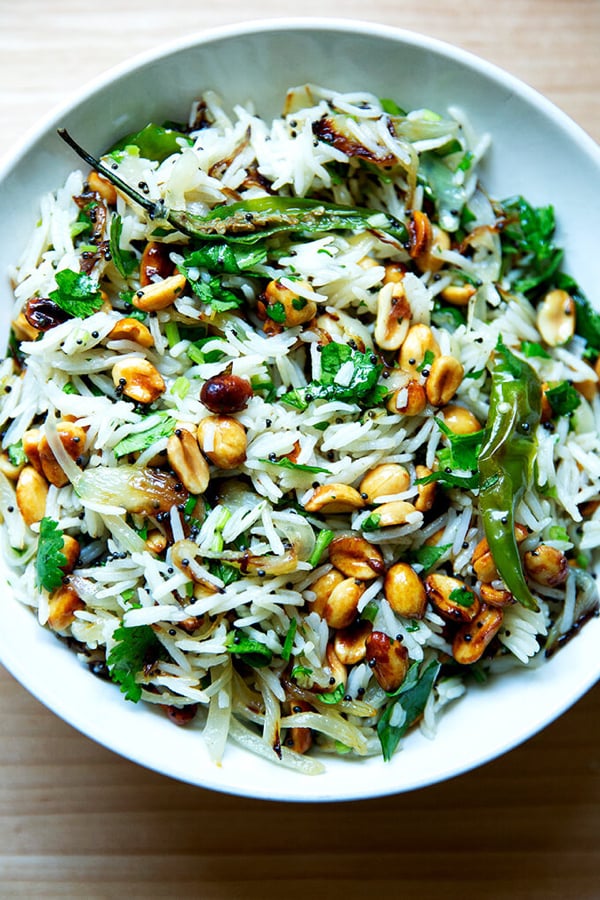 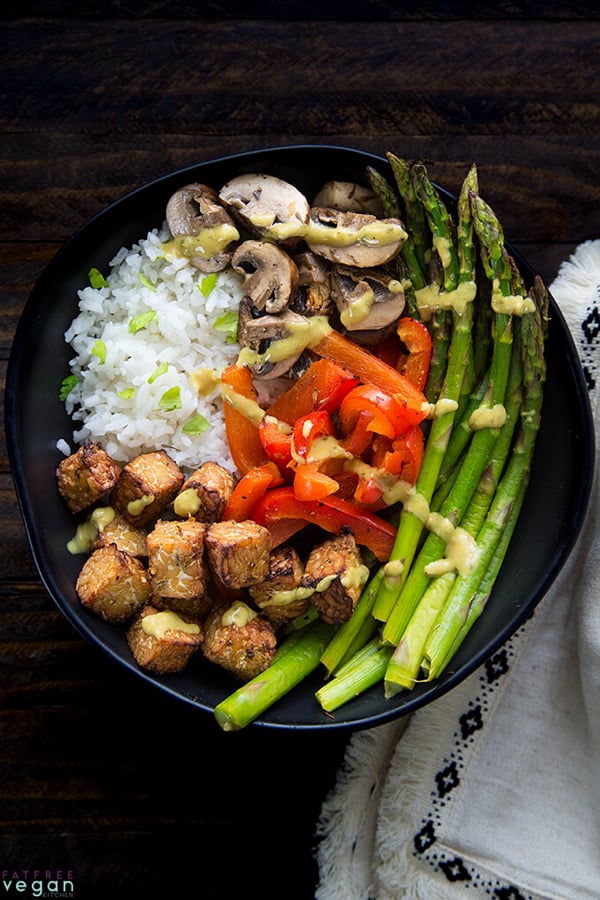 Yet more motivation to branch out with my air fryer. This time, a vegan sheet pan supper with lemony tempeh from Susan at FFVK. 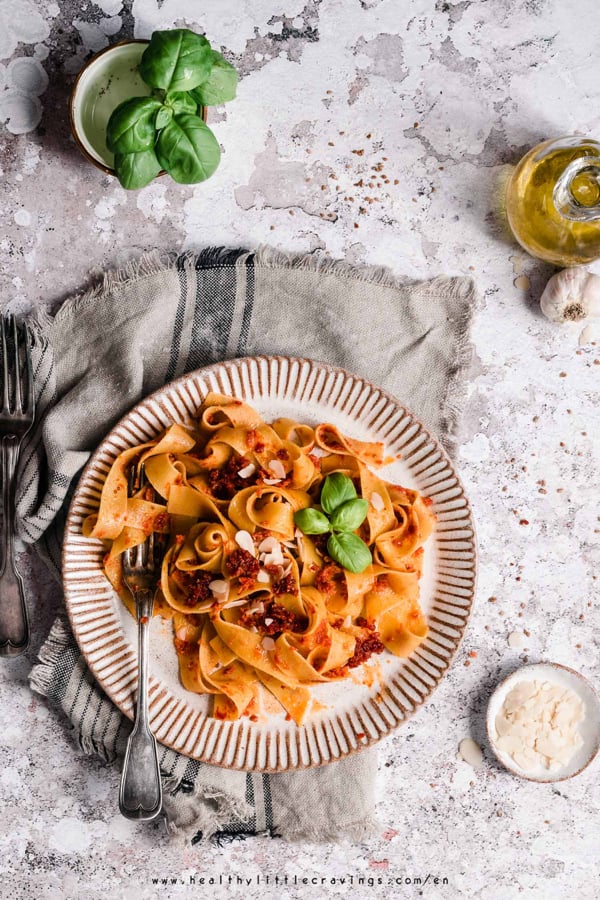 I love the looks of this sun-dried tomato pesto (and the yummy pappardelle that accompanies it). 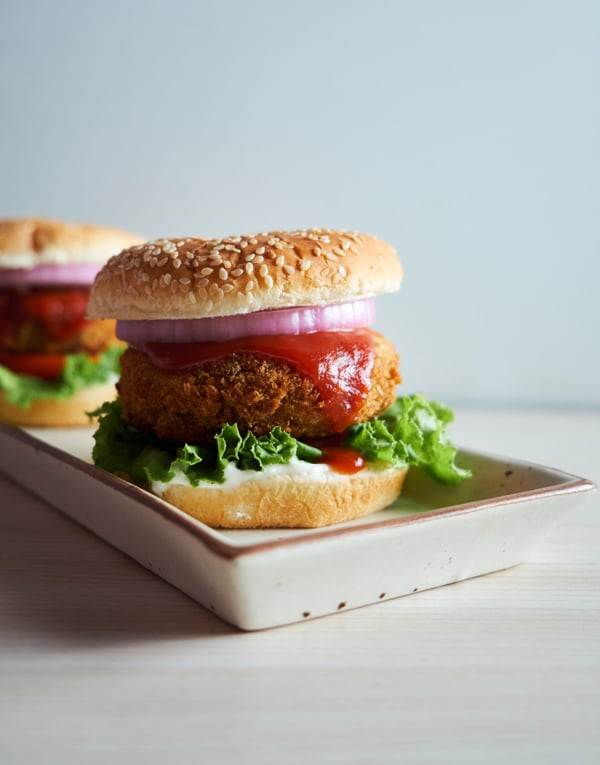 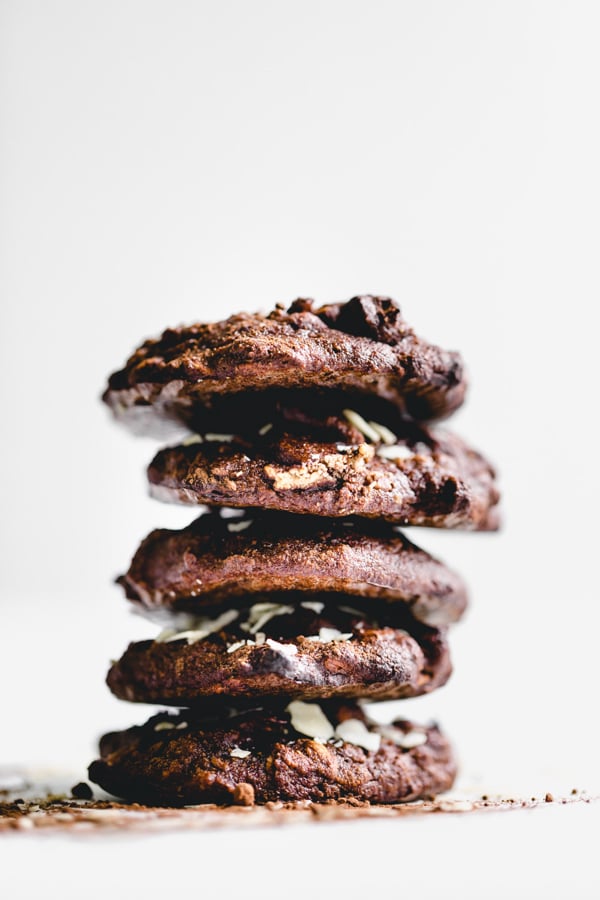 1. I believed that too much water at mealtimes could “dilute” stomach acid for years! Evidence says otherwise, and this article—in which my current preceptor, Tamara Duker Freuman, is interviewed—explains. (For the record, when I was working in a GI practice in DC, I did learn that chugging water at mealtimes can encourage the swallowing of air, which can be bloating, so steady sips are still a wise idea if you’ve got a sensitive digestive tract.)

2. More support for the value of eating breakfast.

3. Popular Science busts some sleep myths (sobering stuff for those of us who often do without enough of it, and tell ourselves it’s NBD).

4. Yikes! Bad news for allergy sufferers like me (yes, it’s getting worse, and climate change is in part to blame).

5. Finally, I wanted to link to this post from my friend Maria. It’s a lovely meditation on meeting oneself and one’s feelings—including the despondent ones—with acceptance and faith in the promise of release and transformation.

On that note, enjoy the remainder of this Sunday. And happy Orthodox Easter to those of you who celebrate today—maybe a bowl of vegan avgolemono is in order.